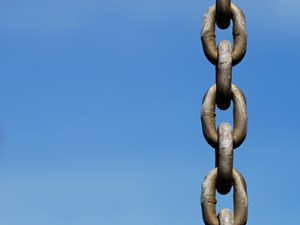 New research places the UK second behind France in a global comparison of the sustainability performance of supply chains, with pressure on suppliers to improve expected to increase.

According to Paul Simpson, chief executive at CDP, the outcome shows “encouraging” signs of progress, particularly in Europe.

The report states that 48 per cent of the suppliers surveyed set emissions targets last year, up from 44 per cent in 2013. The UK outperformed the global average, with 59 per cent of UK suppliers setting targets.

In total, the UK sits only behind France as the leader in sustainable supply chain development, ahead of Spain and Germany.

Commenting on the report, Christiana Figueres, executive secretary of the UN Framework Convention on Climate Change (UNFCCC), stated that multinationals have a crucial role to play in taking a tougher line on suppliers to ensure high environmental performance throughout their supply chains.

“By exerting pressure on their suppliers, [the 66 multinational companies] have used their influence to improve the sustainability performance of entire supply chains”, she said.

“In turn, suppliers have come to realise that improved performance can confer competitive advantage – not only making them more efficient, but also more attractive to sustainability-inclined customers.”

The report goes on to argue that it is “incumbent” upon more multinationals to “require that their suppliers measure and disclose their carbon footprint, and work with their suppliers to find and, if necessary, incentivise emission reduction initiatives.”

High environmental performance is therefore likely to become an increasingly important attribute for suppliers, a message supported by a separate report published by sustainability analysts, Verdantix, in January.

The report predicts that sustainability assessments of suppliers will now start to move beyond ‘checklists and questionnaires’ towards audits and more active engagement to ensure reported performance is being realised.