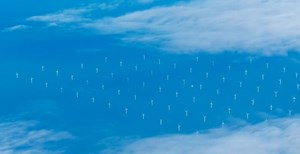 New figures show that UK renewables accounted for over a quarter of electricity generation in the second quarter of 2015, overtaking coal for the first time thanks to a surge in wind and solar energy.

The data from the Department of Energy and Climate Change shows that renewable energy broke its record market share of electricity in the UK, meeting 25.3 per cent of the country’s power demand – a significant jump from the 16.7 per cent share recorded during the same quarter of 2014.

The figure means that renewables had a higher share than coal for the first time, which dropped from 28.2 per cent to just 20.5.

Nuclear power also recorded a lower share than renewables, at 21.5 per cent, while gas remained the UK’s largest energy source with just over 30 per cent.

The record-breaking achievement for UK renewables is in part due to the closure of several UK coal-powered plants but also a surge in solar and wind generation. Compared to the same quarter in 2014, solar and wind power generation rocketed by 115 per cent and 76 per cent respectively.

According to separate research published by Bloomberg New Energy Finance, onshore wind is now fully cost-competitive with both gas-fired and coal-fired generation in the UK once the costs of carbon emissions are taken into account.

However, the good news is likely to mired by continuing uncertainty about UK energy policy going into 2016. Various representatives from the renewables industry have argued that the Government’s decision to slash subsidies, particularly for solar and onshore wind, will stall further progress and deter investment.

For example, a massive ‘market rush’ for solar PV is expected over the next few months following the Government’s proposals to cut subsidies through the Feed-in Tariff (FiT) scheme by as much as 87 per cent, fuelling fears of a cycle of boom and bust for the solar industry.

Maria McCaffery, chief executive of RenewableUK, said: “The new statistics show that Britain is relying increasingly on dependable renewable sources to keep the country powered up. [But] as the transition to clean electricity continues apace, we’d welcome clearer signals from government that it’s backing the installation of vital new projects.

WWF-UK’s head of energy and climate change, Emma Pinchbeck, added: “Renewables are no utopian fantasy – we know these businesses work. The issue is whether they will grow.

“Ministers should jettison their ambivalence about wind and solar power and empower them to create more jobs and growth.”