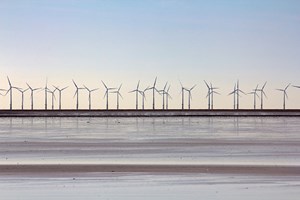 A survey of 1,000 utility decision makers in UK businesses shows that most are keen to support renewable energy, but some sectors are more supportive than others.

The survey was commissioned by business electricity supplier, Haven Power. Overall, 59 per cent of respondents thought that renewable energy was the key to a cleaner future, and a similar figure were keen to produce their own energy. Conversely, just over one in four respondents considered renewable energy a ‘fad’.

When asked whose responsibility it was to lower UK carbon emissions, energy suppliers were cited top (58 per cent), followed by government (47 per cent) and manufacturers (46 per cent).

However, manufacturers put themselves at the top of the list, ahead of energy suppliers, when asked the same question.

On the other end of the scale, businesses in the hospitality and entertainment industry were less likely to take action themselves. Respondents in the financial services sector were also the most likely to consider renewable energy a passing trend.

Paul Sheffield, chief operating officer at Haven Power, said: “It’s concerning to see the proportion of businesses that still view renewable energy as a passing trend, despite evidence showing that a move to cleaner energy is essential for the environment.

“Understanding of renewable energy and its benefits varies greatly from sector to sector. We believe that every industry needs to start taking positive steps to reduce carbon emissions and embrace cleaner energy. It’s imperative that organisations of all sizes work together with their energy provider to ensure the future of British business is low carbon.”

Posted under Environmental Technologies and Renewable Energy on 22 August 2018