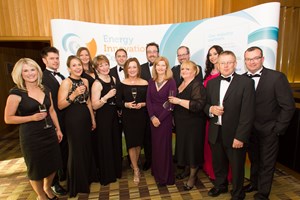 The Energy Innovation Centre (EIC), based in Ellesmere Port, has revealed record investments in innovative technology projects, totalling £3.9 million in 2014/15 and £12.5 million since 2008.

EIC is a partnership between the UK’s electricity network operators and gas distribution networks and aims to discover, develop and deploy innovative technologies and solutions to transform the power landscape towards a low carbon future.

The centre has now created 377 business opportunities from SMEs for energy network operators since it was founded in 2008.

The £3.9 million invested in new projects in 2014/15 is an increase of £600,000 on the previous year and also represents a 50 per cent increase in the number of new projects being supported by EIC.

According Denise Massey, managing director of EIC, the increasing investment reflects a growing appetite for innovation among energy networks and the EIC’s expanding network overseas in countries such as Israel, Turkey, Japan and the USA.

“EIC is currently supporting more small businesses than ever before and the £3.9 million that has been invested this year proves that the energy sector is embracing the need for innovation”, she said.

“Looking ahead, our challenge is to keep up the momentum that we have generated – both in terms of investment secured and projects supported – and to continue to accelerate the development of more of these game-changing technologies.”