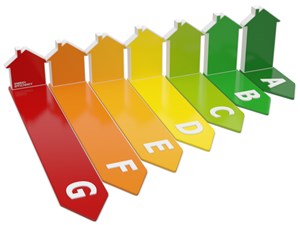 The UK’s leading real estate owners have collectively slashed energy consumption in their portfolios by 25 per cent since 2011 - saving £16 million.

The achievement comes from the Better Buildings Partnership (BBP), a collaboration of the UK’s 28 leading commercial property owners, which includes Manchester-headquartered Bruntwood.

The most recent update shows that members’ properties have made a 3.1 per cent average like-for-like reduction in energy consumption per year since 2011.

The number of offices with an EPC rating of A or B has more than doubled to 13 per cent in this time, and 145 gigawatt hours (GWh) of energy has been saved, despite a 71 per cent increase in floor area.

“This makes this process all the more impressive and demonstrates real leadership and dedication”, she added.

LEDs and lighting controls are by far the most popular ‘low hanging fruit’ energy efficiency investment for businesses, but there are a multitude of ways buildings can reduce their energy use.

One of the BBP’s recent successes has been at the Arndale shopping centre in Manchester.

In September 2014, the owners introduced a new smart sub-metering system to more accurately monitor energy use and identify savings opportunities.

Since then the centre has cut its electricity use by 33 per cent. The installation has a payback period of less than three years and the programme as a whole is already on track to save more than £1 million in energy costs.

Posted under Energy Efficiency / Other Service Sector on 19 July 2017