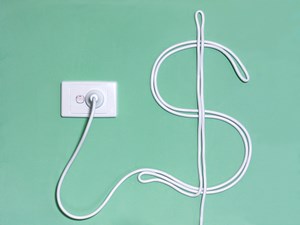 Companies that qualify for the Energy Savings Opportunity Scheme (ESOS) are being encouraged to plan in advance for the next deadline in 2019, with hundreds of firms having left it too late last time.

Under ESOS, all large organisations in the UK which employ at least 250 people must conduct a full energy efficiency audit of their operations every four years, with the first phase having officially passed in January 2016.

The government launched the scheme with the hope of cutting average energy use in large businesses by forcing them to identify efficiency opportunities in their operations. This would be equivalent to collective annual cost savings of around £250 million across the thousands of organisations qualifying for the scheme.

However, the first phase of the scheme was fraught with difficulties. The Environment Agency had to extend the original deadline of December 2015 into 2016 because over 1,000 businesses had failed to ensure compliance in time.

The Environment Agency has now confirmed that it has served around 500 enforcement notices for non-compliance and has taken enforcement action against 50 organisations. 34 organisations already face civil penalties, which could reach £50,000.

To avoid complications in phase two of ESOS, the Environment Agency has cautioned early action.

“If you know that you will qualify for phase two, there is no reason why you shouldn’t start doing your energy assessments now”, it said in a statement in June.

Hugh Jones, managing director of the Carbon Trust Advisory, said: “Planning for early action will help to avoid some of the bottlenecks and other challenges that occurred during the first phase of ESOS.

“The earlier the opportunities are identified, the sooner energy saving projects can be implemented. So getting moving on ESOS Phase 2 today will help organisations to minimise the risk of disruption during the compliance process and get maximum financial value from cost-effective energy efficiency.”

With a significant shake up of energy efficiency policy and taxation expected in the government’s forthcoming Clean Growth Plan, ESOS is expected to form the foundations of a new, simpler reporting scheme for businesses.