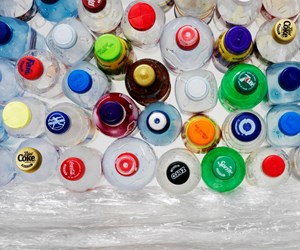 With plastic packaging in the media spotlight in the UK, Coca Cola is the latest company to move itself into a leadership role with a new strategy and support for reforming the recycling system.

The environmental impact of plastic packaging has been high on the agenda in 2017.

In January, more than 40 leading organisations endorsed a global plan to increase the recycling of plastic packaging by five times the current rate.

In March, MPs launched an inquiry into the environmental damage caused by plastics in the face of calls for a levy on disposable plastics, and in May the Recycling Association named and shamed some of the worst offending companies.

Coca Cola has now responded by revealing a new plan to work with its recycling partner, Clean Tech, to increase the amount of recycled plastic in its PET bottles from an average of 25 per cent to 50 per cent.

However, the company faces a further challenge at the end of the product lifecycle. Currently only 57 per cent of its plastic bottles are being recycled.

Meanwhile, M&S has revealed the results of its ‘Project Thin Air’ initiative to cut plastic use in food packaging.

More than 140 products have been redesigned into smaller packet sizes with the same amount of food. Some packaging has been cut by up to 37 per cent, with overall packaging use cut by 75 tonnes.

All companies that handle or produce packaging are being encouraged to re-think their practices to avoid risk from new regulations.

According to resource efficiency specialists Ecosurety, the UK is just one of a number of European countries that may enact their own national legislation to set higher fees on packaging that is hard to recycle - meaning those who cannot keep up could face difficulties exporting.

The Food and Drink Federation recently published a useful checklist to help businesses optimise their packaging.