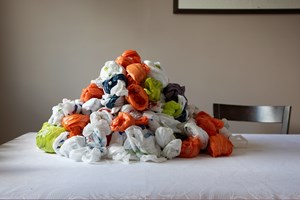 New figures show that plastic bag sales have crashed by 86 per cent in the big seven supermarkets since the 5p charge was brought in - a result likely to embolden further legislation on plastic use.

The statistics took into account plastic bag sales in Asda, Marks and Spencer, Morrisons, Sainsbury’s, The Co-Op, Tesco and Waitrose.

The average number of bags sold per person in England is now just 19, compared to 140 when the charge was introduced in 2015.

According to environmental agency Cefas, there has been an estimated 50 per cent reduction in plastic bags in the seas around the UK as a result.

Thomas Maes, marine litter scientist at Cefas, said: “Every plastic bag not purchased is one which will not end up in our sea, damaging habitats or harming marine life. These figures show that by working together we can tackle the marine litter problem by reducing, reusing and recycling.”

Charging for single-use plastics such as coffee cups is now becoming commonplace in major cafe chains around the country and the government is considering changes to the tax system to address plastic waste.

Tatiana Lujan, wildlife lawyer at ClientEarth, said: “Governments are acting really quickly on regulation and companies in general are unprepared. Within the space of a few months, we’ve already seen outright bans on single-use products and higher recycling targets as well as proposals for new taxes and expensive ‘polluter pays’ type schemes.

“Plastic-intensive companies need to be prepared for transitional, reputational, physical and legal risks from their involvement in the plastic pollution crisis.”