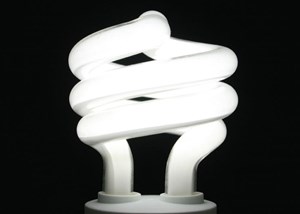 The Global Lighting Challenge aims to achieve the goal as quickly as possible and has already been endorsed 14 countries - including the UK - and several multinational firms such as IKEA and Philips.

According to the campaign, an overnight worldwide transition to high-efficiency lighting such as LEDs would save more than 800 million tonnes of greenhouse gas emissions a year and save $120 billion (£80 billion) in energy costs.

The Global Lighting Challenge was announced during the UN climate change negotiations in Paris by Sweden’s minister of energy, Ibrahim Baylan, who pointed to “impressive innovations” in lighting products and solutions in recent years as a key opportunity to improve energy efficiency.

The “Big Switch”, a separate campaign launched in October 2015 by non-profit, The Climate Group, aims to reach a complementary goal of replacing all streetlights in cities with LEDs by 2025.

Retrofitting buildings and existing lighting with LED alternatives is fast becoming a popular ‘low-hanging fruit’ for improving energy efficiency, with the European market for LED lighting already well ahead of forecasts.

One of the latest large businesses to invest in a large-scale LED retrofit is Santander, which has recently announced a new £17.5 million project to fit 800 of its UK branches with more than 90,000 LEDs.

The project, which will be part-financed by the UK Green Investment Bank, will generate energy savings of more than 50 per cent across its estate.