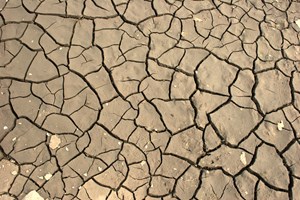 Over 400 of the world’s biggest companies have signed a joint declaration in support of the global climate agreement reached in Paris in December, with markets already feeling the impact.

The Paris Pledge for Action has been signed by the likes of Tesco, Johnson & Johnson, Kingfisher and Mars, along with 150 cities representing 150 million people. In total the signatories are worth more than $11 trillion (£7.6 trillion).

The signatories have committed to “ensuring that the level of ambition set by the [Paris] agreement is met or exceeded” by “taking concrete steps…both individually and cooperatively, to reduce greenhouse gas emissions to a safe level”.

The Paris agreement between nearly 200 countries sends a signal to the market on the direction of travel beyond 2020, with countries committing to set voluntary targets which will be reviewed and progressively strengthened every five years in pursuit of a ‘carbon neutral’ global economy.

Commenting on the agreement in December, Paul Polman, chief executive of Unilever, said its impact “will be felt in banks, stock exchanges, board rooms and research centres as the world absorbs the fact that we are embarking on an unprecedented project to decarbonise the global economy.”

Despite work still to be done on the finer details of the agreement and concerns about whether countries will ultimately deliver on their goals, global markets are already seeing signs of change.

Investors are expected to increasingly decarbonise their portfolios, giving an advantage to companies able to embrace carbon reduction and sustainability efforts.

Chief executive of the Greater Manchester Chamber of Commerce, Clive Memmott, said: “For business it’s vital we do more with less to maintain and improve profitability and make our organisations more sustainable.

“It’s in all our interests to use resources more efficiently to save money and consume less.”