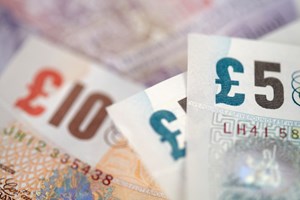 Following a government-backed report condemning the Big Six for overcharging consumers, a survey of over 1,000 SMEs has found that less than a third negotiate their energy costs with their supplier.

The survey, conducted by YouGov on behalf of npower, asked more than 1,000 decision makers in small and medium sized enterprises whether they negotiated with suppliers on costs, such as telecommunications, rent and energy.

Nearly half of those surveyed had saved up to £10,000 over the last 12 months by negotiating costs, suggesting that SMEs nationwide have saved around £511 million in total in the last year.

However, around 70 per cent revealed that they did not negotiate with their energy supplier for a better deal, despite the vast majority (93 per cent) of those that did negotiate saying they saw value in doing so.

Philip Scholes, head of npower Business said: “This research shows that businesses across the UK are reaping the dividends of negotiating their supplier contracts. However, not all firms are entering discussions with their [energy] provider, which could prove to be a missed opportunity in the long term.”

The news comes after a landmark report from the Competition and Markets Authority (CMA) found that SMEs paid around £280 million more per year between 2007 and 2014 for energy than they would have if the energy market was functioning properly.

The UK’s competition watchdog has been carrying out an independent investigation into the energy market since 2014 to find out whether it was working for consumers.

Responding to the CMA’s findings, energy and climate change secretary, Amber Rudd, said: “This is a wakeup call to the Big Six. Energy customers should get a fair deal from a market that works for them. That’s why we called for the biggest ever investigation into the energy market and won’t hesitate to take forward its recommendations.”

Businesses are also being encouraged to consider switching to renewable energy contracts to capitalise on the business benefits of playing an active role in supporting clean energy.

A report published in March 2016 by SmartestEnergy argued that businesses that fail to switch to a clean electricity supply “risk damaging their brand at a time when there are increasing expectation that business should play an active role in finding solutions to climate change.”

Posted under General Interest on 5 April 2016