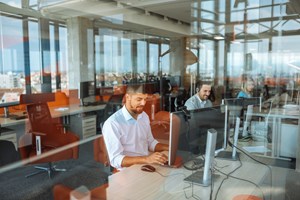 The typical office wastes significant amounts of electricity because employees do not think to turn devices off when not in use, according to a Yorkshire manufacturer of office power solutions.

The company, CMD, estimates that leaving a typical office computer unattended for at least two hours every working day consumes around 200 watts of power. Although the average hourly cost of running a typical PC is just 1.5p, this amounts to nearly £700 annually for an office with 100 computers.

CMD pointed to research from the Energy Saving Trust which shows that the UK wastes £170 million a year by leaving lights on in empty rooms.

Bruce Catrill, marketing manager at CMD, said: “Electricity is wasted on a daily basis simply because employees don’t think to turn off devices when they’re not using them.

“Providing on-desk plug sockets for employees not only serves as a visual reminder to disconnect electrical items when they’re not in use, but also takes the guesswork out of what lead is connected to what device.

Switch off at night

The company revealed that switching computers off outside of office hours can save up to £1,700 a year for a small office of 16 employees. Doing the same for the average photocopier could save over £300, and over £200 for a watercooler.

Posted under Energy Efficiency on 19 September 2018