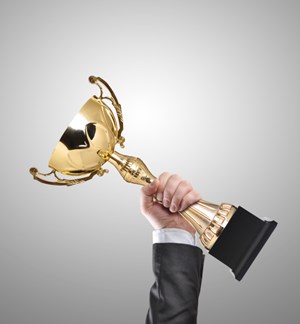 The inaugural awards scheme aims to recognise businesses and organisations that endeavour to save money and reduce their impact on the environment by curbing their energy consumption on a consistent basis.

Applications were received from businesses of all sizes across the UK, citing measures ranging from installing LED lighting to implementing comprehensive CSR policies.

Among the four winners announced on 17 July are three organisations in the North West: the University of Salford and Bolton Market in Greater Manchester, and Newlands Adventure Centre in Cumbria.

Newlands Adventure Centre, an indoor and outdoor activity centre based in Keswick, was announced as the winner of the ‘SME Saver’ category. The company was recognised for taking a number of different approaches to becoming a greener business, including fitting energy saving measures throughout its site.

The centre has previously received resource efficiency support from ENWORKS through the Cumbria Business Environment Network (CBEN) Partnership, which helped it to achieve annual savings of £4,200 through a range of measures. These included fitting pipe insulation and radiator controls to reduce waste heat, providing efficient driving courses for its drivers and implementing a business-wide energy management policy.

Phil Foster, chief executive of Love Energy Savings, said: “Newland Adventure Centre’s sheer level of dedication to energy efficiency was overwhelming, especially as only four years ago they weren’t a green business at all. They have proven that anyone can transform their business and reap the rewards.”

Bolton Market won the ‘Innovative Saver’ category for introducing the use of a cardboard baler to deal with the large volume of cardboard boxes used by more than 200 traders at the market every day. The move is expected to save the market around £12,000 in waste costs.

Meanwhile, the University of Salford was recognised as the ‘Star of the Future’ for its widely celebrated Salford Energy House project, which allows researchers and companies to test domestic energy efficiency measures in various weather conditions.

“We have been overwhelmed by the number of nominations that we have received. It was a difficult decision to narrow it down to just four winners due to the high quality of the entrants.”