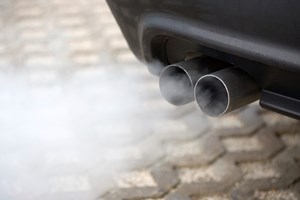 The government has published a new plan to improve air quality by cutting diesel emissions in towns and cities, with a range of options open to public consultation until 15 June.

The new plan - demanded by the High Court in November 2016 following a legal battle over lack of action on air pollution - includes a range of options that the country could take to reduce the impact of traffic emissions.

The options are open for public consultation until 15 June, with the government due to publish a final plan on 31 July following the General Election.

Analysis from Defra shows that over half of premature deaths from air pollution are caused by NO2 emissions from diesel vehicles. The government has therefore accepted that a significant drop in the use of diesel vehicles is needed to make a meaningful impact on urban air pollution.

This will particularly affect vans - 96 per cent of which are diesel-powered, according to the documents.

Local authorities, which are already responsible for their area’s air quality, will now be expected to deliver “new and creative solutions to reduce emissions as quickly as possible” as part of the new plan.

Establishing Clean Air Zones (CAZs) for targeted action are likely to be a key tool. However, the plan leaves the decision on whether or not zones should include charges on the most polluting diesel vehicles to individual local authorities.

In the event of a charging scheme being introduced, the minimum exhaust standards cars and vans would have to meet to avoid charges would be Euro 6 - the newest diesel engines.

Certain local authorities will be “formally and legally required to develop and implement” CAZs, but these will only be revealed in the final plan following consultation.

Greater Manchester is already exploring a CAZ independently. Other North West areas that could to be affected include Burnely, Halton, Liverpool, Sefton, South Ribble, and Warrington.

A “targeted” scrappage scheme that would offer grants for replacing old diesel vehicles with low emission alternatives is also suggested as a possible option, but no promises are made.

The plan does commit the government to exploring “appropriate tax treatment” over the next year to incentivise buyers away from diesel engines.

Other measures under consideration include a comprehensive car labelling scheme for NO2 as well as CO2 emissions, exempting alternatively-fuelled vans from goods vehicle licensing, exempting electric vans from roadworthiness tests, and ensuring better provision of electric charging points.

Phillip Sellwood, chief executive of the Energy Saving Trust, which recently launched a useful guide to low emission vehicles, said: “Improving air quality in our towns and cities is one of the biggest environmental challenges we face today.

“We welcome the government’s air quality plan, which shows a commitment to addressing the issue. Clearly there needs to be detailed proposals in the final plan with policies followed through.”

However, ClientEarth, the legal group that originally took the government to court over inaction on air pollution, has again deemed the plan inadequate and has already indicated that it is preparing another legal case.