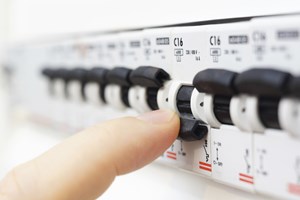 The Government is set to change its list of energy intensive industries (EIIs) that are to be made exempt from paying the Climate Change Levy (CCL), with 14 sectors being removed and seven being added.

The seven new industrial activities that are being added to the exemption list include the cold drawing and rolling of metal wire and narrow strip, the manufacture and processing of technical glassware and the manufacture of ceramic tiles, some rubber products, refractory products and some steel fittings.

Under the Government’s proposals, these sectors will become exempt from the indirect costs subsidies for renewable energy generation in the UK through the CCL, which is added to energy bills via energy suppliers.

After passing eligibility screening tests, companies granted exemption will receive certificates from the Department for Business, Innovation and Skills (BIS) which can then be presented to electricity suppliers so an appropriate deduction can be made from their energy bills.

The exemptions for EIIs were established following a consultation in 2014 that recognised that rising electricity prices from climate change policies could pose a risk to competiveness for high-energy users.

The 52 activities originally set to be offered exemptions are set out in the Electricity Supplier Obligations (Amendment & Excluded Electricity) Regulations 2015.

As well as the seven new activities added to the exemption list, 14 activities originally offered exemptions are now set to be excluded from the scheme.

Companies in these sectors will no longer quality for full exemption, but may qualify for reduced CCL rates through a Climate Change Agreement (CCA).

“We welcome that Government has now used real company data to determine sector eligibility, as genuinely electro-intensive sectors and businesses were not recognised as such and were in danger of being otherwise excluded from compensation”, she said.

The full consultation, which also includes other matters relating to directly to energy suppliers, closes on 23 October 2015, with an announcement expected by the end of the year.