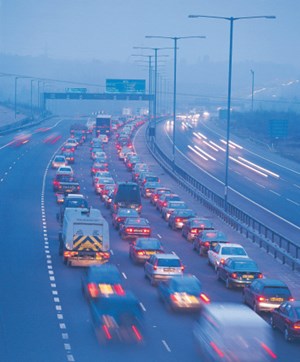 New figures reveal that transport has overtaken energy as the UK’s biggest source of emissions, with new funding for cleaner buses the latest attempt to get transport pollution under control.

According to newly released statistics, transport accounted for 26 per cent of UK greenhouse gas emissions in 2016, compared to 25 per cent from energy supply. In 2015 the split was 24 per cent and 29 per cent respectively.

The change is mainly a result of rapidly falling emissions from the energy sector due to a decrease in the use of coal for electricity generation. Emissions from energy dropped 17 per cent from 2015 to 2016, but transport emissions also increased by two per cent.

The statistics reflect evolving priorities for government; the battle in the energy arena is going well, but progress elsewhere is slow and transport is the worst performing sector.

In the 2017 Autumn Budget the government promised £500 million in additional financial incentives for switching to electric cars and vans, and it is also hoping to tackle transport pollution through the adoption of Clean Air Zones in many towns and cities.

This month, Liverpool and Greater Manchester were revealed as two of 20 towns and cities to receive a share of £40 million in new funding for low emission buses.

The money will be used by the two cities to retrofit 319 buses with technology to reduce tailpipe emissions of nitrogen dioxide (NO2), a greenhouse gas and the biggest cause of urban air pollution.

Mayor of Greater Manchester, Andy Burnham, said: “Investing in cleaning up local bus fleets will be critical to ensuring the bus plays its role in addressing air pollution, both through cleaner vehicles and by offering a more attractive way to travel than the private car.”

Posted under General Interest on 21 February 2018