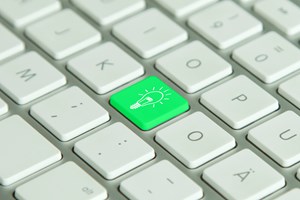 A Manchester project to demonstrate smart technologies such as talking bus stops and lamp posts that measure air quality has won £10 million from the Government’s ‘Internet of Things’ competition.

The idea behind the ‘Internet of Things’ (IoT) concept is that everyday devices and appliances will increasingly be internet-enabled in future so that they can network and communicate with each other.

This could make buildings, vehicles and even whole cities more efficient, less costly to run, and also less resource intensive. According to a report published by the Department of Business, Innovation and Skills (BIS) in 2013, the global market for IoT will be worth £255 billion a year by 2020.

In July 2015, the Department for Culture, Media and Sport (DCMS) and Innovate UK announced a £10 million competition for R&D projects that could demonstrate the capability of IoT in a city region.

The competition is part of a wider £40 million government programme for IoT technology.

Out of 22 entries involving 34 UK cities, the ‘CityVerve Project’ in Manchester was chosen as the winner on 3 December because of its “ambition, scale, coordination across the public and private sector, and potential for success”.

CityVerve will be located in the Manchester Oxford Road Corridor, the city’s academic and innovation district. The area is already part of a wider Europe-led smart city project.

The project will demonstrate services and technologies across four key themes: transport; energy and environment; healthcare; and culture and community.

Elements of the project include:

The data generated by the project will be opened up and exploited for further insight and innovation by Manchester’s tech sector.

Mike Blackburn, chair of the Greater Manchester Local Enterprise Partnership, said: “From business to healthcare, information is a valuable resource. This project will enable us to better use it to enhance services, increase performance and improve efficiency.

“Science and innovation is key to Manchester’s economic future. This project will enable us to be an example for the rest of the country, showing how new technology can aid the delivery of both business growth and public services.”