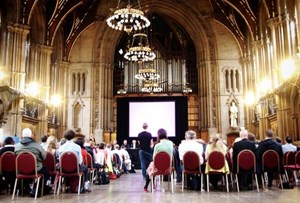 Manchester: A Certain Future (M:ACF), the city’s stakeholder-written action plan to tackle climate change, will present its 2015 Annual Report at its AGM on 7 July and is inviting local businesses to attend.

The free event at Manchester Town Hall will reveal the city’s annual progress towards its overarching goals of reducing carbon emissions by 41 per cent by 2020 against 2005 levels and exploiting the £20 billion opportunity to transition to a low carbon economy.

M:ACF’s 2014 Annual Report revealed that Manchester was unlikely to hit its targets if its trajectory went unchanged. In September 2014 the organisation also warned that rising emissions from businesses were one of the biggest threats to progress.

The AGM will be opened by Sir Richard Leese, leader of Manchester City Council, followed by a keynote speech from Craig Bennett, executive director of Friends of the Earth.

Current chair of M:ACF and director at Manchester-headquartered architecture firm BDP, Gavin Elliot, will also present the M:ACF 2015 Annual Report and provide an opportunity for delegates to question the steering group panel on the progress made so far to reduce emissions in the city.

Delegates will also be able to network with other attendees and find out how to align their business or organisation with M:ACF’s commitments.

The event will be held at Manchester Town Hall from 6pm to 8pm on 7 July. To find out more or to register for a place, click here.