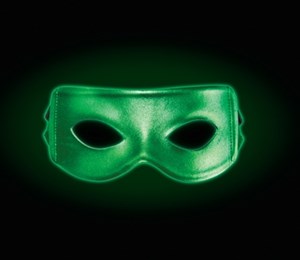 The awards, which was formerly run by ENWORKS, is the UK’s most prestigious regional celebration of environmental business excellence and an official feeder scheme for the European Business Awards for the Environment.

Among the winners at this year’s ceremony, hosted by Newground on 16 October, was Cooler Projects, a not-for-profit social enterprise promoting ideas, advocacy and action on climate change.

In 2012, Cooler Projects established The Carbon Literacy Project, a behaviour change initiative with the aim of offering a day’s learning on climate change to everyone who lives, works and studies in Greater Manchester.

Dave Coleman, director of Cooler Projects and of The Carbon Literacy Project, said: “We’re absolutely delighted to receive this recognition of our work.

“More importantly, it recognises the work of all the schools, colleges and universities, businesses and organisations who have adopted Carbon Literacy. These are the people who don’t just understand climate change, but are taking positive action to combat it, and generate the long term jobs and businesses that will support our economy in the coming years.”

The project is now being overseen by The Carbon Literacy Trust, a registered charity who chair, Ali Abbas, added: “As the project expands and more people and organisations become Carbon Literate, it will help Greater Manchester to take the lead in tackling climate change, and make the most of the jobs and businesses opportunities that a low carbon economy will bring.”

Recent research on the potential of behaviour change initiatives has been published by the ENWORKS Environmental Sustainability Technical Assistance (ESTA) project, which supports the North West Local Enterprise Partnerships (LEPs).

The research argues that, if well implemented, between five and ten per cent of potential energy efficiency savings can come from behaviour change initiatives.

Posted under General Interest on 27 October 2014