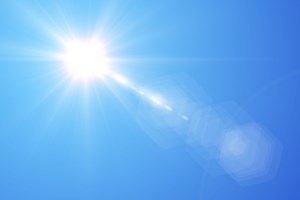 Scientists at the University of Manchester have created innovative ‘flags’ that can generate power from both wind and the sun for small-scale electronics, supporting the shift towards smart cities.

The piezoelectric strips allow the flag to generate power by bending side-to-side in the wind, while the photovoltaic cells simultaneously generate electricity from the sun.

The research is the most advanced of its kind to date and the first to simultaneously harvest two power sources. The aim is to produce a cheap and sustainable energy harvesting solution which can be ‘deployed and forgotten’, left to generate energy with little or no need for maintenance.

“Wind and solar energies typically have intermittencies that tend to compensate each other”, explained Dr Andrea Cioncolini, co-author of the study.

“The sun does not usually shine during stormy conditions, whereas calm days with little wind are usually associated with shiny sun. This makes wind and solar energies particularly well suited for simultaneous harvesting.”

The flags can generate up to 3-4 milli-watts of electricity, enough to power remote sensors and small-scale portable electronics used by smart city technologies to monitor city-level pollution, sound levels, heat and other measurements.

Dr Mostafa Nabawy, another co-author of the study, said the researchers hoped to develop the concept further to support more power-demanding applications such as charging stations for mobile devices.

The flags are the second small-scale urban energy solution to come out of regional university research in recent months.

In 2018, two Lancaster University students were named as winners of the 2018 UK James Dyson Award for their novel wind turbine invention to capture urban wind in cities.