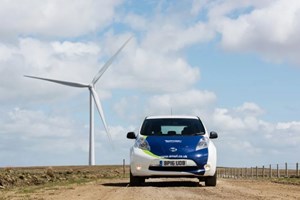 Research shows that more needs to be done to tackle public misconceptions around electric vehicles, but Manchester residents are already among the most supportive of the technology.

Findings from a survey of 3,400 UK consumers, commissioned by Electricity North West, reveal that a lack of understanding of electric vehicles is still a major barrier to purchase.

Only six per cent of those surveyed intended to buy or lease an electric vehicle as their next car, and just over a third expected to own one by 2050.

This is a stark contrast to government policy - which aims for at least half of all new cars to be low emission by 2030 and a ban on the sale of conventional petrol and diesel cars by 2040.

“There is clearly still a job to do to encourage more conversations around what is still considered a new and distant technology”, said Paul Bircham, commercial strategy and support director at Electricity North West.

Can Manchester lead the way?

Cllr Alex Ganotis, green city lead for Greater Manchester, said: “The investment in the infrastructure for electric vehicles is a real priority. To incentivise drivers to invest in electric vehicles, we announced at our Green Summit earlier this year that we are doubling the charging points across the city in order to support the demand for electric vehicles.”

Greater Manchester is currently drawing up a Clean Air Plan to tackle poor air quality across the region, much of which comes from vehicles.

Posted under General Interest on 3 October 2018