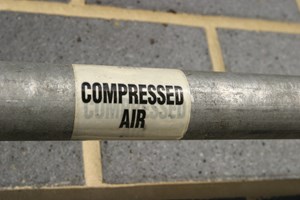 Since 2014, the Business Growth Hub has helped companies in Greater Manchester to save nearly £300,000 per annum through simple low or no cost energy efficiency measures.

Energy efficiency is increasingly recognised as a key tool to help businesses cut costs, improve resilience to price shocks and reduce environmental impact, but research suggests that confidence in the cost-effectiveness of energy saving technology is currently low.

A recent survey of over 2,000 UK businesses by the British Chambers of Commerce and British Gas found that the most commonly perceived barrier to energy efficiency was the marginal level of savings against upfront investment costs, followed by a lack of available funds and other investments taking priority.

Low or no cost savings

However, evidence from ENWORKS and the Business Growth Hub in Greater Manchester shows that large savings can often be achieved with little or no upfront investment.

Research from ENWORKS, published by the Department of Energy and Climate Change (DECC), shows that SMEs are missing up to £2.6 billion a year in potential energy efficiency savings, with nearly two-fifths of this achievable with zero capital investment.

Over the last two years, the Business Growth Hub’s Green Growth team, which is built on the foundations of the ENWORKS service, has helped companies in Greater Manchester to achieve total annual savings of over £290,000 through energy efficiency measures with a capital expenditure of just £2,000 or less.

Some of the simplest measures require no capital expenditure at all. For example, a chemicals manufacturer in Oldham achieved annual savings of over £12,500 simply by switching off shrink-wrap machinery that was unused 30 per cent of the time but was left running continuously.

Similarly, an engineering firm in Bolton achieved a £2,400 annual saving by switching off a small process oven between cycles. The oven was only needed 10 per cent of the time and could warm up in a matter of minutes, so could be switched off 90 per cent of the time rather than being left on permanently.

Maintaining an efficient compressed air system is another zero cost measure that can capture substantial savings.

According to the Carbon Trust, many systems waste around 30 per cent of compressed air through leaks, poor maintenance, misapplication and poor control.

By conducting a simple compressed air leak detection survey, Dawson Precision Components in Oldham identified £1,800 in annual energy savings by repairing leaks in its system. Some of the leaks were able to be quickly fixed during the survey itself, leading to instant savings.

One manufacturer in Manchester fixed 34 leaks in its compressed air system and is now saving £8,700 a year as a result, along with 55 tonnes of carbon dioxide equivalent (CO2e) – enough to fill 30 hot air balloons.

Installing and ensuring the proper use of controls is also an effective low cost measure to reduce energy consumption.

For example, by reducing the thermostat setting from 20 degrees Celsius to an agreed 10 degrees and ensuring that temperature controls were not tampered with, a Stockport manufacturer is saving £5,500 a year.

By revisiting its thermostat setpoint strategy to reduce temperatures in an unoccupied storage area, another company achieved annual savings of over £7,000.

Similarly, by installing switches on energy-intensive salt pots to enable them to be switched off during periods of low demand, Wallwork Heat Treatment in Bury has cut its energy consumption significantly.

Another company was able to reduce its thermal oil temperature by 5 degrees after covering exposed pipework with low cost removable insulation bags, saving over £4,200 a year.

Samantha Nicholson, head of low carbon at the Business Growth Hub, said: “Our track record shows that energy efficiency doesn’t have to involve large capital investments to have a significant impact on energy bills.

“A thorough review of a company’s site can often uncover substantial savings from easily missed problems that can be fixed at little or no cost and therefore pay back immediately.

“Our tailored one-to-one support is available to help companies find and implement these savings at all stages of the value chain, from production through to distribution.”

A government-backed guide to energy efficiency for SMEs is available here.