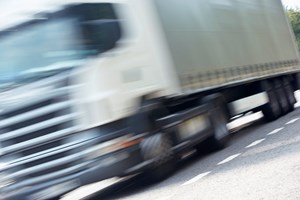 The Driver and Vehicle Standards Agency (DVSA) is set to bring in new roadside checks in August 2017 to identify lorry drivers and operators who are cheating emissions tests.

The move is one of a package of measures to improve air quality currently being considered by government.

DVSA enforcement staff have previously found evidence that haulage drivers and operators use emissions cheat devices to cut the cost of operating.

Lorries will now be subject to emissions checks for the first time as part of standard DVSA on-the-spot roadside inspections. Any lorries found to be in breach of the law when pulled over by enforcement officers will have ten days to fix their emissions system or face a fine and a ban on the vehicle being used on the road.

Findings will be passed to the Traffic Commissioners for Great Britain, which has the power to revoke operator licenses.

Transport minister Jesse Norman said: “I welcome this crackdown on rogue hauliers who cheat the system by installing bogus devices which lead to increased pollution.

“There has rightly been a huge public outcry against car manufacturers that have been cheating emissions standards, and the same rule should apply here too.”

“Anyone who flouts the law is putting other road users, and the quality of our air, at risk. We won’t hesitate to take these drivers, operators and vehicles off our roads”, added Gareth Llewellyn, chief executive of the DVSA.

Further measures to reduce emissions from vehicles are expected in the government’s forthcoming air quality plan, due to be published by 31 July 2017.

Posted under Environmental Regulations and Legislation on 3 July 2017