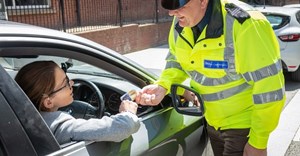 Liverpool City Council has conducted a huge traffic monitoring exercise to help it understand how best to implement its own city-wide air quality plan.

Forty cameras were placed at key routes into the city at the end of February to measure the amount of traffic, the type of vehicle and engine type using automatic number plate recognition technology.

The exercise was part of a £1.1 million programme funded by government, which also includes installing air quality monitoring stations and updating modelling data for transport in the city region.

Officials hope to use the data gathered to feed into forthcoming plans for a city-wide air quality plan.

Although Liverpool’s overall air quality is not as poor as neighbouring Greater Manchester - which is busy developing its own Clean Air Plan - recent data showed that air pollution in the city was much worse than previously thought.

Liverpool City Council was also one of 33 local authorities ordered to develop an action plan after the government was found guilty of failing to set out legally adequate air quality plans for the third time in 2018.

Cllr James Noakes, cabinet member for highways, transport and streetscene, said: “Liverpool is a growing city and, as with other cities, we have high levels of traffic and it causes around 70 percent of [Liverpool’s] air pollution.

“This is a key piece of work to understand the challenges that we face and we know that as a council we have to play our part. We are leading by example, by changing our fleet of vehicles to be greener, encouraging hackney drivers to move over to less polluting vehicles and working with Merseytravel to deliver a better and cleaner bus service.

“We’re looking to reduce traffic congestion in key areas and making improvements to roads and walkways to encourage people to walk and cycle more.”

In 2017, Liverpool mayor Joe Anderson set out a vision to prioritise walking, cycling, electric vehicles and clean fuels to reduce the impact of air pollution. The council is in the process of switching to a diesel-free fleet by the end of 2019 and has started installing 100 new electric vehicle charging points around the city.

Posted under General Interest on 6 March 2019