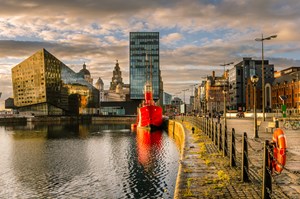 Liverpool is one of eight councils in England found to have much worse air quality than previously thought, adding more pressure on the government to take robust action on air pollution.

New figures show that Liverpool, previously expected to meet legal air quality limits by 2020, is now unlikely to reach this point for eight years unless urgent action is taken. Portsmouth, Leicester, Bradford and Stoke-on-Trent are among seven other councils in a similar situation.

The eight councils are part of a larger group of 33 that had to submit air quality action plans earlier this summer after the government lost a court case against environmental lawyers ClientEarth for the third time in as many years.

Katie Nield, clean air lawyer at ClientEarth, said: “It’s absolutely staggering that only now, eight years after legal limits came into force, the true extent of the problem is being uncovered for large areas of the country.

“In the meantime, people in these areas have continued to be exposed to dangerous levels of air pollution.”

Mayor of Liverpool City Region, Steve Rotherham, was one of 17 city leaders to call on Prime Minister Theresa May for more ambitious national action on air pollution last month.

Liverpool City Council already has a number of its own measures in development, such as replacing all the council’s diesel vehicles in the city centre by 2019 and introducing a car salary sacrifice scheme to encourage employees to purchase cleaner vehicles.

The council is also considering a penalty scheme to discourage engine idling in the city centre and new planning policies to force developers to incorporate electric vehicle charging points in car parks.

Other local authorities, including the Greater Manchester Combined Authority, are considering charging zones for some vehicles.

Posted under General Interest on 17 October 2018