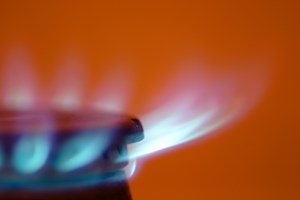 Hydrogen could soon be used in place of natural gas to heat homes and businesses in Liverpool and Manchester as part of an ambitious new plan to cut the carbon impact of heating.

The plan has been put forward by Cadent, the gas network operator for the North West and much of the UK.

Although the UK is making progress on decarbonising electricity with renewable energy sources and decarbonising transport with electric vehicles, decarbonising heat is proving a much more difficult concept. The vast majority of homes and businesses are currently heated by natural gas.

According to Cadent, the North West is an ideal testbed for switching conventional gas heating from natural gas (methane) to hydrogen - which does not produce CO2 when burnt.

The Liverpool and Manchester region is home to 11 per cent of the UK’s large industrial gas users, as well as four million domestic consumers. There are also offshore gas fields in the Liverpool Bay that are nearing the end of their operational lives, where the carbon created during the hydrogen production process could be stored to prevent it escaping into the atmosphere.

A hydrogen plant would be connected to existing gas pipelines to transport the CO2 captured during production, and a new hydrogen pipeline would be created, largely following the Manchester Ship Canal.

Industrial users in the region would be switched to hydrogen, and any excess hydrogen could be blended with natural gas to heat homes and businesses without the need to change existing heating appliances or gas boilers.

David Parkin, director of safety and network strategy at Cadent, said: “While this is a study on paper, it’s a very real project. It has potential to transform the future of energy in the UK and be a long-term solution to decarbonising heat.”

Cadent expects to be able to make a final investment decision on the project, which could cost £600 million, by 2022.