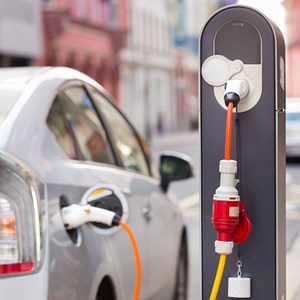 The councils of Liverpool and Lancashire are planning to install 250 new electric vehicle charging points between them to encourage the use of cleaner vehicles and improve air quality.

The move from Liverpool City Council is one of a host of measures to be put in place to reduce air pollution, which contributes to four per cent of all deaths in the city.

The council is also aiming to introduce a diesel-free fleet of council vehicles in the city by 2019, as well as introduce a pilot scheme to encourage drivers to switch off idling engines near schools.

Liverpool is not on the government’s list of the worst areas for air pollution in the North West, but is nevertheless pursuing plans to introduce a Clean Air Zone in the city.

Liverpool mayor Joe Anderson said: “It is not good enough for us to be just below the worst, as it still has a direct effect on the health of many residents and creates a huge cost for the NHS, which means it has to be a real priority.

“By 2025 I want the city to have developed a central heart where walking, cycling, electric vehicles and clean fuels will dominate.”

Joe Anderson and Liverpool City Region metro mayor Steve Rotherham are two of sixteen council and regional leaders that have demanded the government deliver stronger measures against air pollution, after being disappointed by the Autumn Budget.

The council won £14.8 million from the government’s Highway Maintenance Challenge Fund to invest in the programme, some of which will also be used to upgrade streetlights with energy efficient LEDs.