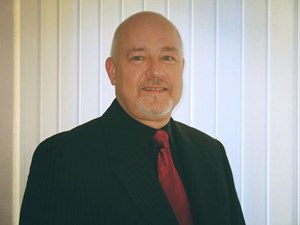 A Wigan-based LED lighting and infrared heating specialist has experienced significant growth after working with experts to implement a new marketing strategy.

Originally established in 2012 as an LED installer, Whytelight Solutions surveys, specifies and installs high-efficiency LED lighting and infrared heating solutions  for commercial, retail and industrial businesses across the UK.

Whytelight became the first Carbon Trust accredited supplier of both LED lighting and infrared heating in the UK and was recently ranked the top performing supplier for the Carbon Trust’s Green Business Fund, achieving an average feedback score of 92 per cent for March to August 2018.

Despite its commercial success, the firm had never implemented a full marketing strategy and began working with experts at GC Business Growth Hub in 2017 to improve its visibility in the marketplace.

Director Peter Whyte attended a series of ‘Switched On’ masterclasses tailored for companies in the low carbon technology sector, which helped him to develop a sales and marketing strategy and consider new routes to market.

The company also accessed funding to re-develop its website and joined the Hub’s Low Carbon Network to access new sales and networking opportunities.

At the same time, the company moved to larger premises, opened a second office in Scotland and was named as one of Greater Manchester’s most innovative firms in the city region’s Innovation100 list.

To date these actions have helped Whytelight Solutions to employ two new members of staff and increase sales by £300,000.

“The ongoing advice and guidance provided by the Business Growth Hub has given us the skills and knowledge we needed to invest in a new website and to confidently implement a new marketing strategy”, Peter Whyte explained.

“The support has led to the creation of new jobs and we believe that some of these achievements would not have been possible without the Hub’s support.”

To find out more about the Hub’s support for Greater Manchester SMEs, or to read other success stories, click here.