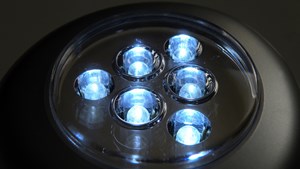 A global call to action has been launched to encourage the private sector to fast-track the switch to LED lighting, with over £70 billion in cost savings up for grabs.

The campaign has been launched by environmental not-for-profit, The Climate Group, which has previously run a global initiative to promote LED streetlighting.

With lighting representing up to 40 per cent of a building’s electricity use, The Climate Group argues that switching to energy saving LEDs is one of the easiest, most immediate actions a company can take to reduce its carbon footprint and energy costs.

In particular, the campaign aims to promote cutting-edge ‘connected’ LED lighting, which not only offers energy savings and environmental benefits but can also provide flexible and adaptive lighting environments that can be adjusted to individual needs.

Signify, formerly Philips Lighting and one of the campaign partners, estimates that a complete global switch to connected LEDs across the private sector would have the same impact as taking 265 million cars off the road.

Many of The Climate Group’s corporate members have already committed to rolling out LEDs as fast as possible.

For example, high street retailer H&M is expecting to use 40 per cent less energy per square metre of shop space by 2030 after retrofitting existing stores and installing LEDs in all new outlets.

Meanwhile, a package of energy efficiency measures including LEDs has helped engineering company Danfoss to save £8 million a year.