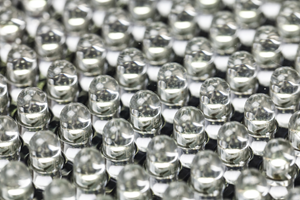 A new European report has found that LED lighting is improving in both efficiency and price far faster than previously predicted, with the European market now 5-11 years ahead of forecasts.

The report, from the Danish Energy Agency and CLASP, an NGO established to mitigate growing energy demand from appliances and lighting, argues that some LED lamps are now so affordable that they can pay for themselves in under a year.

Recent testing of clear-glass LED lamps by CLASP, the Swedish and Belgian governments and the European Council for an Energy Efficient Economy (eceee) has revealed that lamps are 11 per cent cheaper and almost 30 per cent more efficient on average than predictions made in 2013.

With many LED manufacturers now producing luminaires that match the shape and size of competing flueorescent lights, and new developments making them increasingly compatible with dimmer switches, the report predicts that mass-market penetration across Europe will occur much earlier than expected.

Some major companies have already moved to stay ahead of the curve, with IKEA committed to selling only LED lighting from 2016, and international light manufacturer, Erco, already doing so as of January this year.

Christine Egan, chief executive at CLASP, said: “Internationally, LED markets are evolving at warp speed, in terms of price and product quality. In Europe, some quality brand LED lamps on the market today are at price points that were only expected to be in shops in 2025, with features and characteristics that consumers care about.”

The report was prepared for the European Commission to investigate how the growth of the LED market affects the evidence base for its proposal to delay the planned phase out of the most inefficient domestic halogen lamps on the European market.

The proposed two-year delay, which would remove domestic halogen lamps with the lowest energy efficiency rating of D from the European market from 2018 instead of 2016, was based on the assumption that the LED industry needed more time to mature so that LEDs could be more affordable for consumers by the time D-rated halogens are taken off the market.

However, with the findings of the report showing that the LED industry is already working ahead of its expected schedule, the authors conclude that the delay is no longer necessary.

In fact, the report argues that delaying the phase out of D-rated halogens would slow the uptake of LED lamps, resulting in 33TWh of lost electricity savings across Europe between 2016 and 2026, representing around €6.6 billion (£4.8 billion) in increased electricity costs for consumers.

Michael Scholand, senior technical advisor at CLASP, said: “The upcoming decision for European policy-makers on whether or not to delay the final stage of the phase out of [inefficient] lighting is critical.

“By keeping the 2016 date, Europe will accelerate innovation in LED lighting and we can expect faster price reductions, benefitting consumers sooner than if the phase out was delayed.”