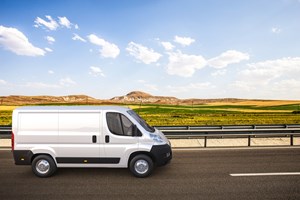 Sixteen of the UK’s largest van fleet operators have committed to go electric over the next few years after research revealed that diesel vans are causing £2.2 billion in health damage costs every year.

The Clean Van Commitment, backed by the Department for Transport, launched on 6 September with commitments from 16 organisations to source 2,400 electric vans between them by 2020. This is more than half the number of electric vans currently on the UK’s roads.

The organisations, which include Tesco, United Utilities and Network Rail, have also committed to replacing 18,000 vans in total by 2028.

The hope is that the initiative will not only help to bring down the cost the price of new electric vans, but also kick-start the second-hand electric vehicle market for the UK’s two million independent van owners.

Vans are the fastest growing vehicle type in the UK due to the proliferation of ‘last-mile’ deliveries from online retail, and research from the Universities of Oxford and Bath has revealed that the cost of health damage from diesel vans is more than three times higher than damage from cars.

“These 16 fleets will pave the way for the national fleet of four million vans to become zero emission, significantly improving the air we all breathe.”

A recent survey of 2,000 drivers found that the majority of people are supportive of some form of diesel ban on UK roads.