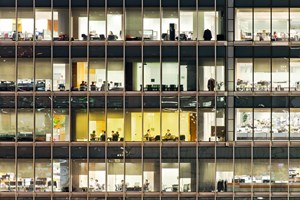 More than half of CEOs at the forefront of corporate climate change action expect at least 50 per cent of their products to be ‘low carbon’ within ten years, according to a YouGov survey.

The survey polled 185 executives across 37 countries from companies that have committed to set, or have already set emissions targets through the Science Based Targets initiative.

A science-based emissions target takes into account the fair contribution a company should make to keep global warming below a 2°C increase on pre-industrial levels - the level agreed by the international community.

When asked to select the biggest trend affecting growth over the next five years, 65 per cent of the survey respondents chose the environment - second only to technological change (88 per cent).

Nearly a third of respondents also expect their low carbon drive to deliver bottom line savings to the business.

Dexter Galvin, global director of corporations and supply chains at non-profit CDP, a Science Based Targets partner, said: “Companies are increasingly aware of the risks of dangerous climate change and the business opportunities in taking action.

“It’s clear that many corporates are taking a lead by adopting science-based targets to create low carbon products and services and reduce their emissions. The fact that one in five executives with science-based targets expect 100 per cent of their products and services to be low carbon within a decade is remarkable – and suggests a tipping point is in reach.”

Posted under General Interest on 8 August 2018