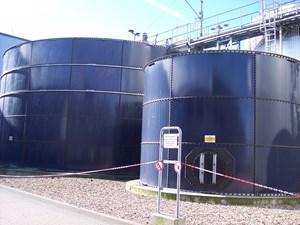 Green electricity firm Ecotricity has countered plans for fracking near Blackpool by submitting applications for ‘Green Gas Mills’ on the same sites, using grass as a fuel.

Plans to drill four ‘hydraulic fracturing’ wells in the Fylde were approved by the government in October, giving the go-ahead for the first fracking in the region since 2011.

The plans were originally rejected by Lancashire County Council on the grounds of visual and noise impacts but the decision was overruled by ministers.

Fracking is an important part of the energy mix in the US and the government is hoping to replicate this success in the UK. However, there are concerns over its potential environmental impacts.

Public support for fracking is consistently lower than for renewable energy in polls, while a survey of nearly 1,000 UK company directors in September revealed that business leaders overwhelmingly backed renewables.

In a new move to counter the plans for fracking in the region, Ecotricity has submitted planning applications for biogas-fuelled ‘Green Gas Mills’ at two of the proposed sites.

According to Ecotricity, the UK could cater for almost all of its household gas demand by 2035 using native grass grown on farmland – creating a new industry that could support 150,000 jobs and pump £7.5 billion into the economy every year.

The mills would produce renewable biomethane for the gas grid through the process of anaerobic digestion (AD). The gas produced would be virtually carbon neutral because it recycles existing carbon in the atmosphere which has been absorbed by the grass.

The company argues that grass-fed gas production, far from competing with food crops for space, would support food production by improving soils, assist farmers by providing a new income stream, and create wildlife habitats on an unprecedented scale.

Ecotricity has already been awarded planning permission for its first mill in Hampshire – one of six sites currently in development.

Dale Vince, founder of Ecotricity, described fracking as “the most unpopular energy source ever”.

“We want to show that there‘s an alternative to fracking – and start a local debate in the areas directly affected by it, in the same way we want to start a debate at the national level”, he said.

“It’s important not just to oppose fracking, but to have an answer as to where Britain is going to get its gas from as North Sea supplies run out. Green gas is the new option.”

Posted under General Interest / Energy and Renewables on 14 December 2016