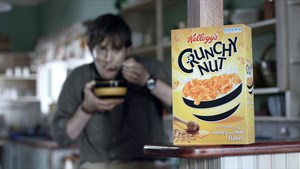 Kellogg’s has become the latest major corporation to set a target for using 100 per cent renewable electricity, having already achieved the feat at its headquarters in Manchester.

Kellogg’s has joined the growing RE100 community of multinationals by setting a goal to source all of its electricity from renewables by 2050.

The goal is part of its wider ambition to cut direct carbon emissions from its operations by 65 per cent in the same timeframe.

The company already sources 20 per cent of its electricity from renewable sources in Europe and the US, and has an interim target of 40 per cent by 2020.

The first site to achieve the 100 per cent goal was Kellogg’s UK headquarters in Manchester, which started buying renewable electricity last year.

Diane Holdorf, chief sustainability officer at Kellogg’s, said: “Joining RE100 gives Kellogg’s the opportunity to showcase our leadership on climate action. We hope to inspire others in our sector to follow our lead and do more to cut greenhouse gas emissions.

“No one company, sector, or government can undertake the changes needed alone. We believe in the power of partnerships to bring action on these important issues.”

Members of the RE100 initiative are encouraged to promote the concept throughout their supply chain.

Buying renewable power is considered one of the quickest and cheapest ways for a business to cut its carbon footprint.

A recent survey of UK SMEs suggested that the vast majority want their energy supplier to be more committed to renewable energy, with nearly a quarter willing to switch to get 100 per cent clean energy.

Posted under Carbon Reduction / Food and Drink on 22 November 2017