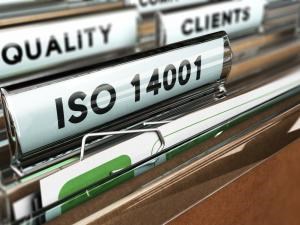 The number of certified ISO 14001 environmental management systems in place worldwide increased by eight per cent in 2015, with the UK the fourth biggest market, according to the international standards body.

The vast majority of the new certifications took place in growing markets in East Asia, which is now responsible for over 50 per cent of all 14001 certifications. Europe has 37.5 per cent share.

The UK has the fourth most 14001 certifications globally, behind China, Japan and Italy. Spain, Romania, Germany, France, India and the US make up the rest of the top ten countries.

Worldwide, the most popular sectors for 14001 certification are construction, metal and fabricated metal products, electrical equipment, retail and wholesale, and machinery equipment.

“This is particularly important as organisations transition to the new version of the standard.”

Meanwhile, the number of businesses certified to the more recently-established ISO 50001 energy management standard rose 77 per cent to nearly 12,000 worldwide.

With 1,464, the UK has the second most 50001 certifications globally, behind Germany.

ISO 50001 is one way for companies to comply with the government’s Energy Saving Opportunities Scheme (ESOS), which is mandatory for all large organisations.

Posted under General Interest / Construction / Other Manufacturing on 18 October 2016