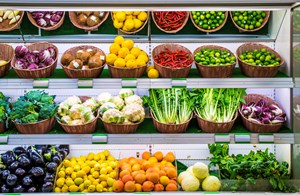 A nationwide poll of 2,000 people has revealed that more consumers will be concerned with reduced packaging and recyclable materials than the cost of food over the next decade.

A YouGov survey, commissioned by consultancy ThoughtWorks, asked British adults to consider how a number of different issues would determine the way they bought food by the year 2030.

Nearly two thirds (62 per cent) of respondents said they were concerned with packaging waste, making it the number one issue - beating the price of food (57 per cent).

The third biggest issue among the respondents was reducing food waste (48 per cent), followed by tackling obesity (41 per cent), taking into account where food comes from (36 per cent) and the food freshness (also 36 per cent).

ThoughtWorks said the results show that ‘consumer consciousness’ in supermarket shopping “will go far beyond the current tokenism of paying small change for a carrier bag” in future.

“The days of pushing a trolley around a big warehouse, buying over-packaged goods and chasing value offers are numbered. Attitudes are beginning to change and this will gather pace in the years ahead”, said Kevin Flynn, director of retail strategy at ThoughtWorks.

Leading manufacturers are already clamouring to transform product packaging against a public backlash on plastic waste.

The latest moves and shakers include Carlsberg, which is set to replace plastic multipack can holders with small dots of glue that can hold drinks together in transit but are easily snapped apart when required.

Other drinks manufacturers, including Lucozade Ribera Suntory, Danone Waters, Highland Spring Group and Nestlé Waters UK, have recently teamed up with the University of Cambridge to set out a plan to ensure all packaging will be made from 100 per cent recyclable or reusable material - with an interim target of at least 70 per cent by 2025.