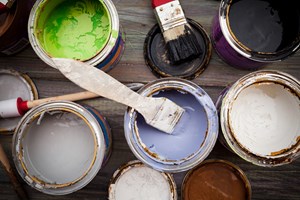 Paint and coatings giant AkzoNobel has opened a paint remanufacturing centre in the Wirral that recovers and recycles waste paint into a low-cost, high quality product for not-for-profit causes.

The new facility at the Recipro community reuse centre in Wallasey is the second paint remanufacturing centre opened in the UK by AkzoNobel through its partnership with Community RePaint.

Through the scheme, waste paint that would normally end up in landfill or go unused will be collected, recycled and then redistributed to community groups and those in need, such as flood victims and low-income households.

The method of remanufacturing waste paint into a low-cost but high-quality product was developed over four years of collaboration between AkzoNobel, Community RePaint and other industry partners.

Remanufacturing waste paint is preferred to simply redistributing it because it ensures a product that is consistent and available in large quantities.

The first facility in Cambridge has already recycled 10,000 litres of paint and directed it to more than 1,300 community organisations since launching in 2015.

Matt Pullen, managing director of AkzoNobel UK and Ireland, said: “British households throw away 55 million litres of paint every year, but over half of this paint is good enough to reuse.

“This innovative scheme is leading our industry in reducing the amount of paint currently entering the waste stream, as well as having a transformative impact, alongside Community RePaint, by colouring the lives of those who can least afford it.”

AkzoNobel aims to produce more than 100,000 litres of recycled paint by the end of 2017. The company’s 2015 ReColour report showed that Britain throws away 20 Olympic-sized swimming pools of paint a year, with the average household also storing 17 tins of half-used paint.

“It is a waste of precious resources, potentially damaging to the environment and is costly for local authorities [to dispose]. And yet, with a bit of thought and collaboration, this situation could be improved significantly.”

Posted under Chemicals / Construction / Waste and Recycling on 3 October 2016