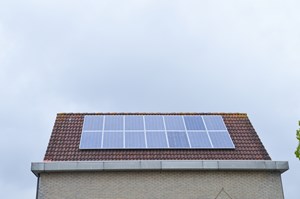 Ofgem is facing a backlash from industry after proposing to change consumption-based charges for using the electricity grid to fixed charges, which could particularly impact businesses with solar power.

It currently costs around £9 billion a year to operate the electricity transmission network, which is recovered through domestic and business energy bills.

Ofgem believes the current charging structure, where residual charges are based on how much electricity a home or business consumes, is inefficient due to the rapid increase in the number of consumers installing on-site energy generation such as solar power.

Ofgem’s preferred solution is to move to a fixed charge for all consumers, which experts say would be unfairly penalise those that should be rewarded for generating their own power.

By Ofgem’s own admission, business consumers would on average pay less under the proposed system, but those that have invested in their own on-site generation or energy storage may pay more.

Chris Hewett, chief executive of the Solar Trade Association, said the proposals were “short-sighted” and “will particularly impact homes and businesses with solar power”.

“To move away from consumption-based to fixed charges means that the most profligate energy users will be rewarded, while those who take action to effectively manage and reduce their electricity consumption are penalised. Under this option the hardest-hit sector will be the thousands of forward-thinking businesses across Britain who invest in storage and on-site generation.”

The Renewable Energy Association added in a statement that the move was “negative” for businesses and manufacturers “who have taken the responsible steps to use renewables” and “sends a signal to others not to install these technologies”, despite all the benefits they provide for the environment, security of supply and backup power.