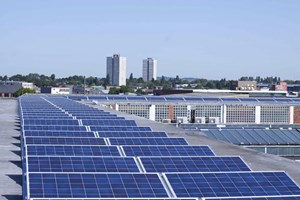 With the number of small renewable energy systems receiving Feed-in Tariff (FiT) payments rising by a quarter during 2014, the Government is considering pulling the plug on the popular subsidy scheme.

Following a wave of proposed cuts to renewable energy subsidies in July, the Government has announced fresh proposals on the future of the FiT scheme, which provides a financial incentive for installing small-scale renewable energy systems such as solar PV, wind, hydropower and anaerobic digestion (AD).

New figures from the Department of Energy and Climate Change (DECC) show that the number of installations supported by the scheme is now approaching the 750,000 mark.

However, with the Government already set to break its £7.6 billion cap on green energy subsidies by 2020, the successful FiT scheme is now in the Government firing line.

A consultation proposing to remove FiT ‘pre-accreditation’ rules – which guarantee a tariff level for projects before installation begins – had already been launched on 19 August 2015. However, a fresh consultation, launched on 27 August, proposes much deeper changes.

The latest consultation proposes new cost control measures, including cuts of up to 87 per cent to generation tariffs and a cap on the scheme’s expenditure for new applicants.

Crucially, the document also outlines that “if cost control measures are not implemented or effective in ensuring that expenditure under the scheme is affordable and sustainable, Government proposes that the only alternative would be to end generation tariffs for new applicants as soon as legislatively possible”. This could be as early as January 2016.

Energy and climate change secretary, Amber Rudd, said that progress on deploying renewable energy technologies in the UK had been “better than we could possibly have imagined” and that it was time to consider whether subsidies in their current form were sustainable.

“Our initial ambition was to support 750,000 installations under the FiT by 2020. Take-up has been so great that we expect to achieve this ambition by the end of this year”, she said.

“But this has meant that the overall cost of the scheme has also exceeded expectations. At the same time, the technologies being supported have seen dramatic reductions in costs.”

This is supported by a new report from the International Energy Agency (IEA), which suggests that the cost of generating electricity from renewable sources such as solar and wind has more than halved over the last five years.

However, industry leaders are arguing that the Government’s proposals are too drastic for markets that are still yet to reach maturity – particularly for solar PV, which will suffer the biggest cuts.

Daniel Roca, UK manager for the solar division of global technology firm, Panasonic, likened it to “push[ing] the bird out of the nest before it can properly fly.”

According to Mike Landy, head of policy at the Solar Trade Association (STA), the proposals are likely to fuel a “massive market rush” of installations over the next few months as new applicants dash to ensure they qualify for the current tariffs before they drop in 2016.

The Government has confirmed that there will be no retrospective changes to existing FiT accreditations, so businesses that have already installed renewable technologies through the scheme will not see their tariffs reduced.

Posted under General Interest on 8 September 2015