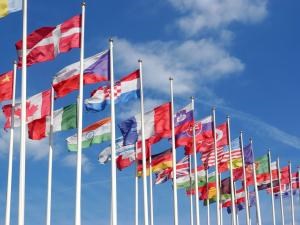 A new international agreement signed by more than 170 countries will phase out the use of hydrofluorocarbons (HFCs), which are widely used in refrigeration and air conditioning.

Signed on 15 October, the legally-binding agreement will see developed countries begin to replace HFCs with non-toxic ‘natural’ alternatives from 2019.

The use of HFCs has been increasing rapidly in recent years due to rising global demand for refrigeration and cooling.

HFCs were widely brought in to replace CFCs and HCFCs, and although they are not harmful to the ozone layer, they are powerful greenhouse gases that are thousands of times more damaging to the climate than carbon dioxide.

The EU voted to start gradually phasing out HFCs in 2014 to help tackle climate change.

The latest agreement has received widespread support from industry. The Consumer Goods Forum, a group of 400 major manufacturers, retailers and other bodies, has committed to using only ‘natural refrigerants’ by no later than 2025.

Mike Coupe, chief executive of Sainsbury’s, said: “This latest move will play an important role in achieving wider sustainability standards in the industry.

“As we move away from HFC gases and towards cleaner business practices, it’s crucial that the consumer goods industry continue to lead the way and stay ahead of the curve.”

The agreement is being seen as a major step forward for global climate action and follows the historic Paris Agreement on climate change, which will enter into force before the end of the year.