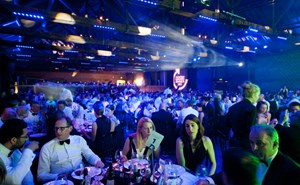 The inaugural BusinessGreen Technology Awards, launched to celebrate the best of the UK’s pioneering clean technology sector, is now open for applications.

The awards offer a new platform to promote green technologies and products being developed across the UK and are open to businesses, investors, entrepreneurs, researchers and investors.

Among the 17 categories are technology-specific awards for buildings, transport, solar, wind, marine energy, bio-technology and smart grids, as well as innovation awards for circular economy breakthroughs and R&D programmes.

BusinessGreen editor, James Murray, said: “For too long the clean tech sector has hid its light under the proverbial bushel, allowing peers in other industries to command the headlines with breakthroughs that struggle to match the significance of some of the clean tech developments that are now occurring. We want to celebrate and promote the very best in British clean tech.”

“The awards will complement our BusinessGreen Leaders Awards, which celebrate the best in green business innovation and sustainability initiatives. At the Leaders Awards each year, the Innovation of the Year category is far and away the most over-subscribed; this year around 40 genuinely impressive technological breakthroughs failed to make the shortlist.”

Commenting on the launch, Pattison said: “It's hugely important to recognise and celebrate the UK's entrepreneurial technologists, engineers and scientists for the heroes they are.

“These men and women are creating wealth, inspiring others and leading an industry that is hugely valuable to UK economy.”

Applications close on 9 October 2015, with the awards ceremony due to take place in London on 27 November. To find out more or submit an application, click here.