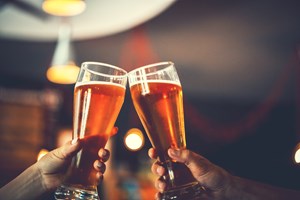 Carlsberg has announced an industry-leading sustainability plan to achieve zero carbon emissions at its breweries by 2030 and cut the full ‘beer-in-hand’ impact of its products.

The Carlsberg Group’s new plan, Together Towards ZERO, has been developed in partnership with global experts using ‘science-based’ targets that match the international community’s goal of limiting global warming to 1.5°C.

The brewer’s main aim is to reach zero carbon emissions by 2030, with an intermediate step of using only renewable electricity at its breweries by 2022.

Other key goals include achieving ‘zero water waste’ by halving water usage at breweries by 2030 against a 2015 baseline, as well as social targets of ‘zero irresponsible drinking’ and a ‘zero accidents culture’.

However, perhaps the most innovative ambition is the Carlsberg Circular Community, which aims to engage with partners along the value chain to reduce ‘beer-in-hand emissions’ by 30 per cent by 2030. This covers the full lifecycle of each product such as agricultural production, transport, and even refrigeration in retail stores.

According to the company, the plan is “a response to increasing consumer demand for sustainable products in a time of global challenges such as climate change, water scarcity and public health issues”.

“I'm certain that in achieving our targets we'll create efficiency improvements, risk reduction and a more resilient business that exists in harmony with local communities and the environment.”

The company worked with the Carbon Trust to set its science-based carbon targets and WWF for its ambitions on water.

Tom Delay, chief executive of the Carbon Trust, said: “Just getting better is no longer good enough. Carlsberg has taken a genuine leadership position on some of the most critical environmental issues the world currently faces.”

“We are delighted that Carlsberg has set an ambitious direction for other companies to follow”, added Jochem Verberne, global partnerships director at WWF International."