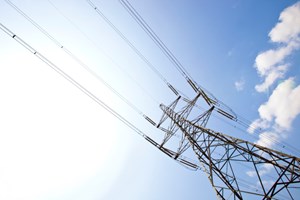 National Grid’s latest Future Energy Scenarios (FES) report plots what the energy landscape could look like in future, highlighting that a crucial transition will be needed to hit future carbon reduction targets.

Under the most optimistic ‘Gone Green’ scenario, based on a prosperous future economy which places environmental and sustainability as a top priority, National Grid expects the UK to reach a series of milestones over the next ten years.

In the near-term, these include reaching 1GW of electricity storage capacity by 2020 and 40 per cent of electricity generation coming from renewable sources by 2021.

However, even in this best case scenario, the UK is currently set miss its 2020 EU target to deliver 15 per cent of total energy consumption from renewable sources by two years.

It is unclear whether the government will take action to avoid missing the target given the outcome of the EU referendum.

However, the report also suggests that, whatever the scenario, the UK will have to take new measures this decade to engineer a significant transition to a lower carbon economy if it is to hit its own legally-binding target of an 80 per cent cut in greenhouse gas emissions by 2050 (against 1990 levels).

The finding echoes the message from the government’s Climate Change Committee, which has argued that the UK will struggle to sustain progress through the 2020s and beyond without new measures.

For businesses, the ongoing decarbonisation agenda in the energy sector is expected to create significant opportunities for selling capacity to the grid through demand-side response measures, while electricity storage technologies will become mainstream within the next decade.