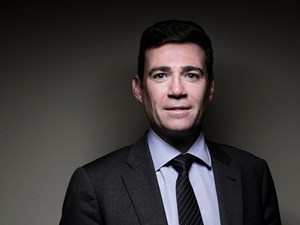 Greater Manchester is asking its residents and businesses for views on the region’s environmental priorities ahead of mayor Andy Burnham’s inaugural Green Summit on 21 March.

In September 2017 Greater Manchester mayor Andy Burnham announced his intention to host a landmark summit led by “some of the brightest environmental minds in the UK”.

The Green Summit, now confirmed for 21 March at Manchester Central Convention Complex, will feed into a new ‘Environment Charter’ for the city region to help accelerate its ambition to become carbon neutral before 2050.

Greater Manchester has an existing target to cut emissions by 48 per cent by 2020 from 1990 levels, but progress needs to accelerate significantly for the 2050 goal.

As well as tackling climate change, the Green Summit will also cover clean air and access to quality green space.

Listening events, expert workshops and social media will be used to stimulate a discussion to inform the new environmental vision, set out a target date for carbon neutrality and establish short term (pre-2020) and long term actions.

The work is being financially supported by government agencies and local stakeholders, including Siemens, United Utilities, Electricity North West, the Environment Agency and the University of Salford.

Ahead of the summit, the Greater Manchester Combined Authority has launched an online public survey to gather feedback and suggestions from citizens, businesses and organisations.

The short survey can be accessed here.