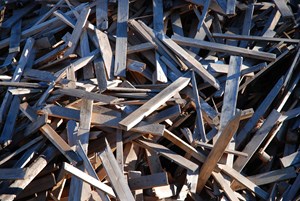 A survey of 1,000 businesses has revealed that almost half are unsure about where their waste goes, with many leaving themselves open to unlimited fines, prosecution and potential closure.

The vast majority of the companies surveyed took steps to securely store their waste (89 per cent) and make some effort to separate different types of waste created before disposal or recycling (83 per cent).

However, while 97 per cent believed that they were compliant with their obligations under waste duty of care rules, almost half (48 per cent) admitted that they did not know where their waste goes when it leaves their site.

Over a third also admitted to not being sure whether they completed or kept Waste Transfer Notes, despite this being a legal requirement. Many were also unsure how to correctly classify all the waste materials they handled.

By not complying properly with waste duty of care, businesses risk their waste falling into the hands of criminals, which could lead to environmental, health and safety risks through fly-tipping and illegal disposal.

According to the Right Waste Right Place campaign, which has been established to help SMEs understand their legal responsibilities, there were nearly one million fly-tipping incidents in England and Wales last year, costing local authorities £69 million. Fly-tipping of commercial waste has risen by 20 per cent.

A lack of awareness on how to classify waste materials can also cause contamination problems in waste streams for recycling, potentially costing businesses money.

Sam Corp, head of regulation at the Environmental Services Association (ESA), which is running the campaign with support from the Environment Agency, said: “Small businesses really want to do the right thing but many are ultimately not complying with the law.

“Dealing with your waste can fall down the list of priorities when busy, but business people need to realise that they are risking significant penalties if they do not comply.

“Small business owners are often stretched, multi-tasking and under pressure. Our campaign provides easy-to-understand materials that will help them put good practices in place that protect them from breaking the law.”