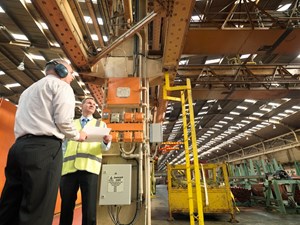 Recent research indicates that around half of large manufacturers remain unaware of the mandatory Energy Savings Opportunity Scheme (ESOS), with the first audit deadline less than 12 months away.

The ESOS scheme requires all businesses with over 250 employees or a turnover of more than €50 million (£38.9 million) or balance sheet  of €43 million (£33.4 million), to undertake energy efficiency audits every four years, with the first deadline falling in December this year.

The scheme is designed to help large businesses identify opportunities to cut energy use and emissions.

According to the Department of Energy and Climate Change (DECC), those falling within the scope of ESOS are responsible for a third of the UK’s total energy demand.

Gareth Stace, head of climate and environment at EEF, the manufacturers' organisation, said: “The ESOS requirements provide the impetus to map out an energy efficiency strategy from scratch, highlighting the most cost effective measures to be taken and where considerable savings can be made.

“With energy prices, most notably electricity, set to rise significantly in the coming years, energy efficiency measures remain the most effective and proactive way manufacturers can manage and minimise these increasing costs.”

However, research conducted by npower Business Solutions found that many large manufacturers remain both unaware of and underprepared for the upcoming ESOS deadline.

Although 60 per cent of the manufacturers surveyed reported conducting their own energy efficiency assessments in the past, a surprising 49 per cent were unaware of ESOS, with a further 69 per cent feeling uninformed about the detailed requirements of carrying out an ESOS assessment.

Wayne Mitchell, head of npower Business Solutions, described ESOS as a “significant opportunity” for manufacturers to reduce pressure on their bottom line, but expressed concern that without better communication the scheme could fail to make a meaningful impact.

“I fear the policy could prove to be something of a white elephant; its potency significantly weakened by the fact that manufacturers will see it more as a paper exercise rather than an opportunity to change their relationship with energy consumption”, he said.

EEF has recently published a free ESOS guide for manufacturers, which is available here.