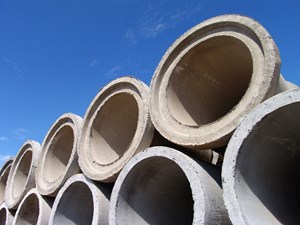 An industry survey shows that almost one in two construction contracts ask about CSR during procurement, with environmental credentials the top concern.

The survey comes from the Electrical Contractors’ Association (ECA) and Considerate Constructors Scheme and highlights the growing importance of corporate social responsibility (CSR) in construction.

Data from businesses with a turnover above £1 million revealed that 48 per cent of buyer documents now specifically ask about engagement with CSR. The environment was the top CSR concern for buyers (63 per cent), followed by occupational health and safety, employee welfare, ethical behaviour, and supporting local initiatives.

Just 24 per cent of the 150 respondents said that they had not encountered any requests about CSR.

The increasing requirement for CSR credentials is also filtering through the supply chain. Over half of businesses (53 per cent) with a turnover above £5 million reported actively asking their own supply chain about their CSR policy and activity.

Director of business for ECA, Paul Reeve, said: “These ECA survey findings highlight the growing importance of CSR in procurement, and the significance which many businesses now place on ethical and responsible business practices.

“In addition to better company engagement with buyers and others, continual development in this area can help companies, and the industry within which they operate, to be more attractive to prospective employees.”

Three quarters of respondents with a turnover about £1 million say they are actively engaged in CSR activity, with the remaining quarter interested in doing so. Over half of all respondents said they expect CSR to grow in importance over the next five to ten years.

Posted under Construction on 7 June 2017