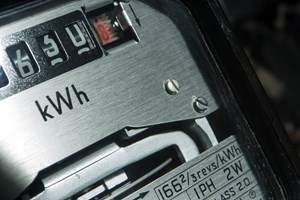 Energy efficiency is likely to become the most common means of cutting costs in small and medium-sized enterprises (SMEs) over the next two years, according to a new Eurobarometer report from the European Commission.

More than a quarter of SMEs have already reduced their production costs by improving resource efficiency, according to the survey, which looked at 13,000 businesses across Europe, its neighbouring countries and the US.

The report reveals that cost savings are a key motivator for pursuing efficiency measures, and 80 per cent of the SMEs surveyed were satisfied with the returns of investment from their efficiency initiatives to date.

Almost three-quarters (72 per cent) of the SMEs planned to take additional action to reduce their costs over the next two years, and energy savings were the most popular choice for addressing inefficiencies, followed by waste minimisation.

However, while 87 per cent of the SMEs surveyed were taking some kind of action to be more efficient in 2015, the figures were actually down from the 93 per cent recorded in a previous study two years ago.

The latest Eurobarometer findings align with those of a smaller study carried out by the Federation of Small Businesses (FSB) here in the UK, in May 2015.

This survey of 1,077 British SMEs found that 90 per cent of FSB members wanted to become more energy efficient.

The majority (78 per cent) cited reducing energy costs as their main motivation for tackling inefficiencies, while other key drivers included the environmental benefits themselves (70 per cent), and the ability to promote themselves and attract customers (25 per cent).

At the time, John Allan, national chairman of the FSB, said: “Small businesses are really enthusiastic about energy efficiency and this desire should be capitalised on, for the good of their business and the environment.”

The January 2016 edition covers the third quarter of 2015 and reveals that 82 per cent of businesses questioned have commissioned at least one energy efficiency project, and about 80 per cent had undertaken at least one project in the last three years.