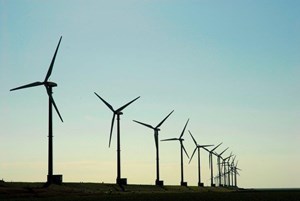 The National Grid will pay large energy users to move their most energy intensive processes to periods of low demand in order to utilise surplus electricity generated in summer by renewable power.

The National Grid expects that the UK will generate surplus electricity in periods of low demand in summer, partly due to the proliferation of renewable power in recent months.

Currently, oversupply of energy from renewables in low demand periods, for example at night or on weekends, may be dealt with by paying wind or solar operators curtail generation, wasting usable energy.

To help balance the grid during periods of low or high demand, large energy users can play a significant role by reducing or increasing their energy consumption in return for a cash incentive.

Any company with large, flexible energy assets - such as motors, pumps and industrial chillers - that is willing and able to shift usage to different times of the day could be suitable for implementing demand side response.

The National Grid has launched a dedicated ‘Power Responsive’ campaign to promote the concept to businesses.

As part of the initiative, the National Grid is working with demand response provider, Flexitricity, to pilot a new service offering companies a financial incentive if they can increase electricity consumption on request to prevent excess power being generated by wind and solar farms going to waste.

Ron Ramage, chief executive officer at Flexitricity, said: “By connecting to our network, companies and organisations have the opportunity to avoid costs and significantly boost their revenue with no adverse impact on their day-to-day business.

“Our system works by periodically lowering electricity consumption at our energy partner sites when National Grid is facing imbalance between supply and demand. By responding to this, companies are rewarded.”

Demand side response is set to become increasingly prevalent in future years, with the National Grid set to invest £400 million a year in the concept by 2020.