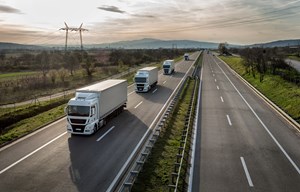 The government has launched a consultation on plans to lower tax on low emission vans, saying businesses have a “crucial role” in helping to reduce air pollution.

The government intends to change Vehicle Excise Duty (VED) on vans to incentivise drivers and businesses to buy greener models.

VED is currently charged at a flat rate of £250 for all vans but under the proposals a ‘graduated’ first year rate would be introduced for low emission vans, similar to the rule already in place for cars.

Despite electric and low emission cars becoming rapidly more popular, uptake of greener vans has been slower. Less than 0.4 per cent of vans bought in 2016/17 were classed as ultra low-emission.

Robert Jenrick, exchequer secretary to the treasury, said: “We want to help ‘white van man’ go green. We appreciate that buying a new van is a major investment for small businessmen and women and want to help make environmentally friendly choices more affordable.”

The government is currently in the process of amending van license rules to help drivers moving to heavier electric vans, while plug-in grants and enhanced capital allowance benefits are already available.

The government has also launched a separate call for evidence to investigate whether the reduced duty rate for ‘red diesel’ is holding back the use of cleaner fuels by non-road vehicles and machinery.

Red diesel currently accounts for 15 per cent of all diesel consumption in the UK and the reduced rate costs around £2.4 billion year to support.

“Air pollution remains a significant threat to public health and everyone must play their part tackling its causes. Businesses have a crucial role in this”, said environment secretary Michael Gove.

Posted under Environmental Regulations and Legislation / Automotive on 30 May 2018